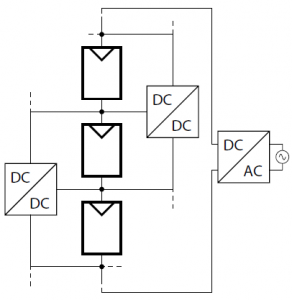 This power electronics solution for PV energy harvesting known as differential power processing (DPP) is built around a structure as shown in Fig. 19. The fundamental philosophy of DPP is that the best way to do power conversion is to avoid it as much as possible. In DPP architecture, most of the power flows to the central converter directly through the series connection, without any intermediate conversion. DPP converters are bidirectional dc/dc converters that process only the small amount of power mismatch between PVs to perform maximum power point tracking (MPPT). In contrast, the conventional dc optimizer solution processes all the power, resulting in a high converter power rating and high power loss.

Despite the efficiency benefit, DPP poses a challenge using MPPT control. Minimal hardware and no current sensing are desirable for the system. To that end, a consensus-based distributed optimization algorithm was developed. DPP converter hardware was designed (Fig. 20) and the control implemented. 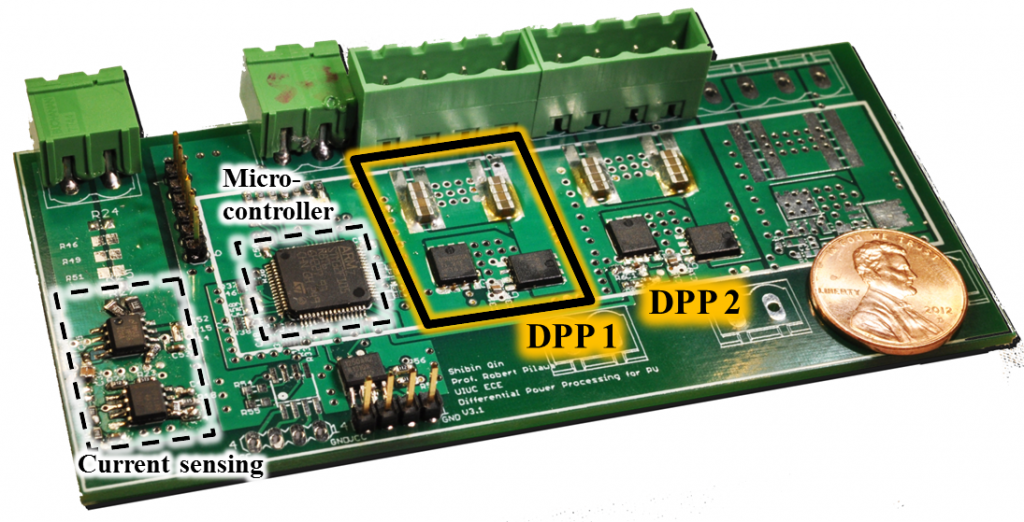 An indoor experimental setup was developed to perform the controllable and repeatable solar experiment. The simulation and implantation match nicely, and the system achieved the goal of high tracking efficiency.

This research is funded in part by the Advanced Research Projects Agency-Energy (ARPA-E), U.S. Department of Energy, under Award DE-AR0000217.