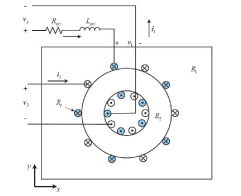 FEM is a powerful numerical technique widely used in the analysis of electric machinery and power electronics. Given geometrical data and material information, physics-based, FEA models can be generated automatically. Unlike behavioral modals, they sometimes rely on many unrealistic assumptions (such as sinusoidal windings, perfectly balanced windings, and absence of hysteresis), and are constructed by analytical methods. However, FEA models typically have thousands of state variables even though the underlying physical device can be accurately modeled with only a few states. Even a linear time invariant system derived from this type of approximation requires vast computer resources and is highly numerically intense and awkward to integrate into system-level models due to the large number of state variables included. It has been shown that FEM-based, high-order models can be mathematically reduced in order by using order-reduction techniques with quantifiable error bounds. Such model order reduction (MOR) methods have been used extensively in various fields of science and engineering. Ideally, once a reduction algorithm is developed, it is generalized and coded so the mathematical complexity is transparent to the end user. As such, a physical description of the device can be converted to a useful, low-order, rapidly-simulating model while preserving the underlying physical meaning. 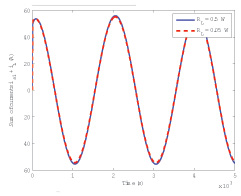