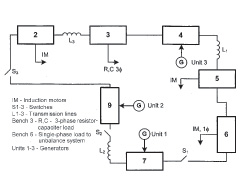 The pictures given here show the final class project: a model power system. The purpose of the experiment was to construct a small model power system electrically independent from outside sources using equipment in the lab and apply everything learned up to this last class in the semester. 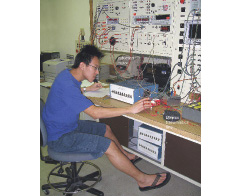 Lab benches show system elements including three generators and various loads, both single-phase and three-phase. The system is in a ring configuration which ideally allows power to flow to a load from two directions, thus permitting better load sharing and higher reliability. Induction machines on Benches 2, 5, and 6 and the resistive three-phase load on Bench 3 represent a heavy commercial load. A smaller “household” load is represented by the single-phase load (toaster and light bulbs) on Bench 6. Generators were used both for power and control. Capacitors were added at Bench 5 to maintain a satisfactory voltage level throughout the network. Students had to communicate with each other to avoid overload and prevent blackout. The goal was to understand the complexity of a real system. 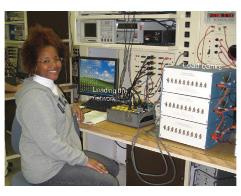 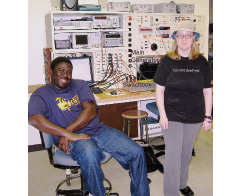 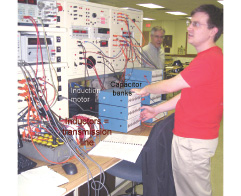 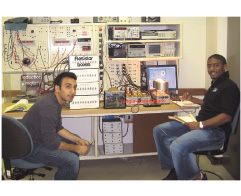 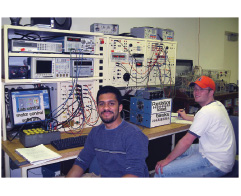 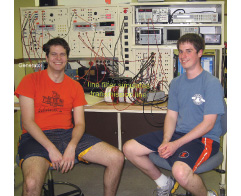