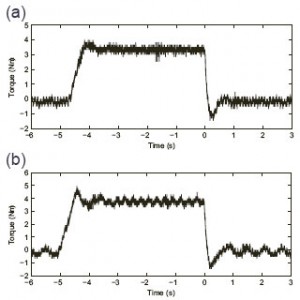 The development of controllers for induction machines has been incremental rather than revolutionary. The traditional current-flux model is partially responsible for this, because the control objectives (torque and flux magnitude) are implicit to the model. This project makes contributions to the understanding and performance improvement of induction machine drive systems by establishing an alternative framework for the analysis and design of vector controllers.

Two elements integrate this framework: an alternative induction machine model that explicitly considers the control objectives, and consideration of the multiple time-scale behavior of the motor based on singular perturbation techniques. Using the framework, established controllers are analyzed. In particular, direct torque control (DTC) is formally derived, avoiding any heuristic arguments. New controllers, which avoid the sensitivity to the leakage factor of the machine, are also proposed. By doing so, performance is directly tied to machine characteristics. These controllers (together with DTC) can be classified as high-performance controllers for highperformance induction motors. Closed-loop 16 characteristics of the proposed controllers are analyzed in detail, including a comprehensive parameter sensitivity study. The use of flux observers is also considered, with analysis results that extend to vector controllers in general. Performance of the proposed controllers is evaluated in detail, both by simulation and experimentation. Of the new controllers, the stator-flux-based one (stator flux singular perturbation torque control [SF-SPTC]) proved to be a viable alternative to field-oriented control (FOC). As an example, for low-speed operation, where FOC operation is known to degrade, the proposed SF-SPTC shows a performance improvement over this established controller. Figure 6(a) and (b) shows the torque response of these two controllers for a 4 N∙m load step change, at 50 rpm.