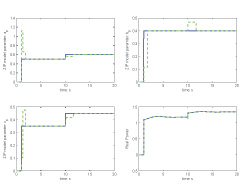 Power system load representation has a significant impact on power system analysis and control results. Unlike generators, excitation systems and transformers, which are devices, loads evolve with time, making the task of developing standard load model structure rather challenging. A phasor measurement unit (PMU) provides instant system data; hence it is possible to update the load model simultaneously to give a better understanding of the power system.

Load modeling includes two tasks: determining a suitable load model structure and deriving the parameter values for the associate load model. We will start from the constant impedance-current-power (ZIP) and static exponential models, which are routinely used in simulation studies. Then we will extend the results to other load structures and dynamic forms. The Levenberg-Marquardt algorithm (LMA), a robust method for nonlinear least-squares problems, will be used in this project. 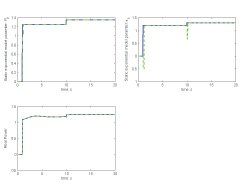