Xichen Jiang with adviser A. Domínguez-García 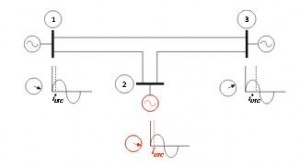 Figure 22: Spoofing causes bus 2 of this system to record an incorrect timestamp

Synchronization is essential for the proper operation of PMUs. My research involves developing a data-level spoofing method that can cause PMUs to lose synchronization. This attack is conducted by changing the GPS ephemeris data, which causes the receiver to compute an incorrect receiver clock bias while keeping the same position. Figure 22 illustrates the effect of GPS spoofing on bus 2 of a three-bus system, which records an incorrect time stamp as a result of GPS data spoofing. Simulation results show that a maximum time shift of 8 ms for the clock correction is possible, corresponding to a phase shift of half a cycle. Such an error in the clock bias invariably manifests into errors in the power system state estimation. As an illustration of the possible impact of GPS spoofing, simulations of spoofing and its effect on a real-time stability algorithm that uses the PMUs’ measurements are conducted. Both instances of false alarm and misdetection are observed.

This research is supported by the National Science Foundation grant NSF ECCS 09 54420 CAR.