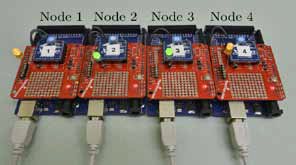 Figure 35: Evolution of distributed algorithm for a network with 4 nodes.

Proper coordination and control of DERs is essential for enabling the extra functionality needed to provide ancillary services. We propose a distributed strategy that obviates the need for a completely connected communication
infrastructure or complete knowledge of the distributed resources available and that can be more resilient to DERs faults and unpredictable behavior. In our setup, DERs are outfitted with a wireless transceiver that consists of an Arduino Mega prototyping board and a MaxStream XBee module as shown in Figure 34. Through an iterative process, each node exchanges information with other resources that are close by (i.e., within range of wireless
communication). Collectively they can solve the distributed resource allocation problem. Figure 35 illustrates the evolution of the algorithm running on a network consisting of four nodes. Here the total resource demand is 1 and initially, nodes 1 and 2 have 0.5 each while nodes 3 and 4 both have 0. After running the algorithm for about four seconds, the nodes have converged to their final value, dividing the resource demand among all four nodes.

This research is supported by the Odyssian grant (a subaward from the US Army through the University of Wisconsin) and PSERC-Domínguez-García.