Kieran Levin with adviser A. DomÃ­nguez-GarcÃ­a 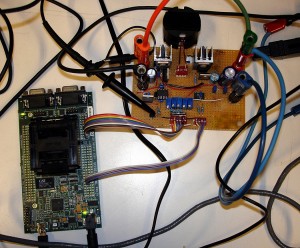 Figure 31: Dc converter controlled by a TMS320F28335 DSP running a PID control loop along with a fault detection filter.

This research is to develop a hardware implementation of previous work done by Professor DomÃ­nguez-GarcÃ­a and Eric Hope on observer-based fault detection. Furthering the theoretical development, a hardware testbed to develop a low cost DSP-based real-time observer for quickly detecting both fast and slow faults in dc-dc power converters is being implemented. A lossy converter model running in real time on the DSP model is continuously compared to the actual converter states generating an error signal. This can be used to characterize both the nature of the fault and its magnitude. Figure 31 shows a simple dc converter controlled by a TMS320F28335 DSP which runs a simple PID control loop along with the fault detection filter. These feed real-time data to a computer as well as control the injection of several different types of component faults which are then measured and characterized.
This research is to prove the theoretical work on observer-based fault detection in real world implementations. The hardware testbed could be used as a basis for commercial applications in power supplies that require a high level of reliability or safety such as in the areas of medical devices or aerospace.
This research is supported by a Grainger Fellowship.