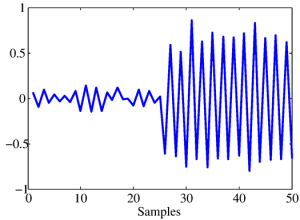 We propose a fault detection and isolation (FDI) method for switched linear systems. The method builds on using an observer-based FDI filter developed for linear time-invariant systems. If certain conditions are satisfied, then it is possible to apply this filter to switched linear systems. When system parameters slowly change, a system is considered to be in a faulty mode. In the absence of faults, the system dynamics are described by a switched linear state-space model. In a faulty mode, the state-space model is modified by adding disturbance terms associated with parameter changes and component degradations. An FDI filter consists of a bank of reduced-order observers with residual generators which have certain geometric properties that allow detecting and isolating faults. 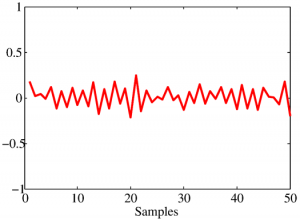 We demonstrated the practical feasibility of our approach by applying it to a photovoltaic system with differential power processing converters. Our experimental results confirmed that an FDI filter can detect and pinpoint multiple faults which can simultaneously affect a system. 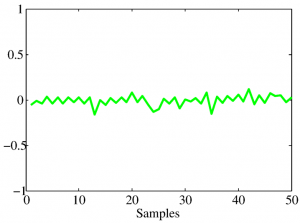 Consider a scenario when a fault is injected into the system by decreasing the inductance of L1 from 400 μH to 120 μH. Figure 30 (a – c) shows the response of the residual generators to an injected inductor fault. Before a fault (first 100 samples) is injected into inductor L1, all residuals are essentially zero, corresponding to the normal pre-fault operation. As soon as a fault is injected (last 100 samples), a residual for L1 responds to the fault, while other residual generators remain insensitive to that fault.