Wentao Jiang with adviser A. Stillwell

A conventional dual-active bridge converter consists of full bridges on the input and outside, separated by a transformer. The two full bridges have the same duty cycle, but the phases of the two full bridges have an offset. Because of this phase shift, the power flow of a dual-active bridge converter can be easily controlled. However, for high step-down data center applications, the voltage stress of the switches can increase a lot. The volume of the auxiliary inductor near the transformer will also increase.
We are proposing to replace the primary-side full bridge with a flying capacitor multi-level topology (FCML). There are several benefits. The voltage stress of the switches can be reduced, so faster commercially available power switches such as GaN can be used. The FCML topology also increases the effective switching frequency at the transformer node, which reduces the size of the auxiliary inductor, increasing the power density. Meanwhile, the switching frequency of the individual switches stays the same, so the loss does not change. The transformer of the dual-active bridge converter provides isolation for typical data center applications. We are also working on using the phase shift between the two sides in a feedback loop to stabilize the output voltage. Currently, we have finished most of the PCB design, which is shown in Figure 20. The left side is the primary side, which has two three-level FCMLs. The right side is the secondary side, which is from the original DAB topology. Note that we are building a planar transformer on a separate PCB, which fits into the gap on the board. This research is supported by Professor Stillwell’s Startup Fund from the College of Engineering. 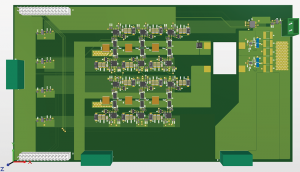 Figure 20: Printed circuit board of the proposed topology