A hybrid power system for mobile refrigeration applications has been designed, modeled, and tested. The system takes in power from the engine via a direct-coupled alternator, with an option to connect to the grid. After power conversion and control, motor drives operate compressors, fans, and blowers comprising the thermal system. An improved battery formulation enhances accuracy and robustness for the battery subsystem simulation. The proposed average model, built in MATLAB/Simulink and interfaced with the thermal system model, has been validated by comprehensive simulation and experimental work. In addition to fast simulation, the model is flexible and can run at desired times, power levels, and drive cycles. A user-friendly model block library, including various machine types (IM, PMSM, etc.), battery types (Li-ion, lead-acid, etc.), along with different power converters, has been released. These model blocks can be substituted in the system on a modular basis for various potential product prototypes. 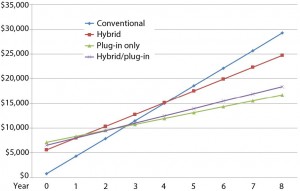 Figure. 11: Comparison of average model vs. selected and predicted efficiency

Active front end, battery, and motor drive tests have been performed. Results show that the data predicted by the average model is within 5% accuracy. A detailed model including switching actions and machine transients has been built, simulated, and plotted against an average model shown in Fig. 10. From the average model, long-term efficiency and costs for the hybrid system as well as plug-in enabled hybrids can be calculated. Proposed system costs are compared with the conventional engine-compressor system in Fig. 11. From year three the plug-in options start to be cheaper, and after four years, the hybrid also shows savings. Future improvement may include advanced motor control, optimal plug-in/hybrid combination, and comprehensive simulation study under various truck operating conditions.