This work seeks to replace state-of-the-art power electronic solutions for the MPPT of
PV sub-modules with an architecture that facilitates the use of inexpensive, module-integrable, and efficient power electronics. The topology of Fig. 18, known as the dc optimizer, is commonly implemented to extract maximum power from a PV installation and requires each power converter to process the full power of its corresponding PV sub-module. This necessitates highly rated components, increases both size and cost of the power converters, and constrains improvements in converter efficiency. Furthermore, system-level efficiency is limited by converter efficiency, as the total generated power is processed by all the converters. 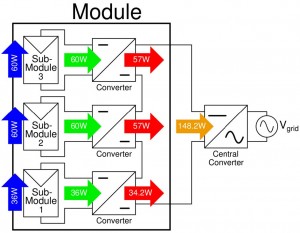 Figure 18 (a): Schematic of dc optimizer topology for a three sub-module connection

Differential power processing solves the problems of a topology like the dc optimizer in Fig. 18(a). A variation of DPP illustrated in Fig. 18(b) is referred to as the element-to-virtual bus DPP architecture. For non-uniform insolation across PV sub-modules, the generated photo-current of each sub-module varies in magnitude between sub-modules, and thus, the current corresponding to the maximum power point of a sub-module will differ from sub-module to sub-module. The role of the DPP converters in Fig. 18(b) is to inject or absorb the difference in current necessary to operate its sub-module at its MPP. Variation in insolation across sub-modules is typically small, so the current and, thus, power processed is significantly lower than that of the dc optimizer. This allows selection of converters with lower rated components, yielding a design that is less expensive and more integrable than that used in the dc optimizer topology. In addition, the implementation of isolated dc-to-dc converters enables arbitrary selection of the parallel output voltage in Fig. 18(b), which may result in a balanced isolated dc-to-dc converter design. Harmonic and proximity factors associated with power loss in the converter magnetic components are reduced. The parallel output also greatly facilitates communication between all converters. 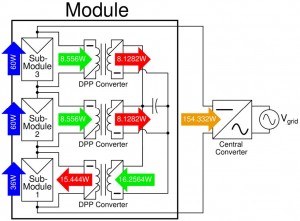 Figure 18 (b): Schematic of the isolated differential power processing topology for a three sub-module connection

Figure 18 also presents a comparison between the power processed in the dc optimizer configuration and the power processed in the element-to-virtual bus architecture. The MPP of sub-modules 1, 2, and 3 are 36 W, 60 W, and 60 W, respectively. The MPP voltage of each sub-module is 12 V. Maximum possible power generated is the sum of the sub-module MPP’s—156 W. For comparison, the efficiency of all converters is 95%. Figure 18 shows that the DPP architecture processes less power, resulting in 78.6% less power loss than the dc optimizer topology.

This work was supported by the Grainger Center for Electric Machinery and Electromechanics, Advanced Research Projects Agency-Energy (ARPA-E), and U.S. Department of Energy Award Number DE-AR0000217.